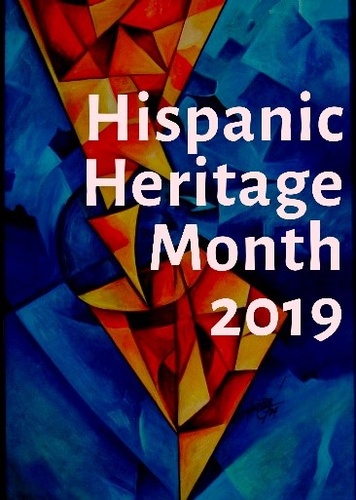 Despite its geographical proximity to the United States, Latin America remains barely an afterthought within the scope of U.S. foreign policy. This is paralleled by a generalized disinterest in the history and culture of Latin Americans and Latinos/Hispanics, 60 million of whom live in the United States.

This Hispanic Heritage Month (September 15-October 15), Dr. Luis Martínez-Fernández, professor of History at the University of Central Florida, will deliver two multimedia lectures that invite audiences to venture beyond traditional stereotypes and explore the deeper meanings and richness of Latin American cultures.

The first one, “Beyond Tacos, Salsa, and Sombreros: Latin America’s Cultural Wealth” will take place on Sunday, September 15, 2019 (2:00-3:30 pm) at the Orange County Regional History Center in Downtown Orlando.

Dr. Martínez-Fernández will give another lecture on the same subject on Thursday, October 10 at the Orlando Public Library, starting at 6:30.

Both lectures explore issues including:

• A deeper definition of culture
• One or many Latin American cultures?
• You say Hispanic/I say, Latino
• What do Hispanics/Latinos bring to the table?
• Translating across cultures

These events are free and open to the public. Copies of his most recent books will be available for signing.

Dr. Luis Martínez-Fernández grew up in Lima, Peru, and San Juan, Puerto Rico. He holds an M.A. in History from the University of Puerto Rico and a Ph.D. in History from Duke University and has researched and written extensively on a wide range of topics about the histories of Cuba, Puerto Rico, and the Dominican Republic.
Prof. Martínez-Fernández was a senior editor of the multiple-award-winning Encyclopedia of Cuba: People, History, Culture. His most recent books, both from the University Press of Florida, are Revolutionary Cuba: A History (2016) and Key to the New World: A History of Early Colonial Cuba (2018), a Florida Book Awards medal winner and a finalist for a 2019 International Latino Books award gold medal. Active in Central Florida cultural organizations, he founded the annual Latin American Cultural Festival of Orlando.